Episode 2: The Museum of The Bible

Paige and Jon discuss a recent class trip to the brand-new Museum of The Bible.

Professor Kathe Darr, newly-installed Harrell F. Beck Chair of Hebrew Scripture, speaks to Emily Ling (MDiv ’19) about her new role, her life at and away from BU, and the occasional Netflix binge.

Paige Holaday is a second year Master of Divinity student on the pastoral ministry track. She is originally from central Florida, but spent the five years prior to her Boston adventure in Auburn, Alabama getting her degree in chemical engineering and working in campus ministry and church contexts. She hopes to be an ordained deacon in the United Methodist Church and work full time in campus ministry. Paige also loves college basketball and SEC football, theater, and art history. 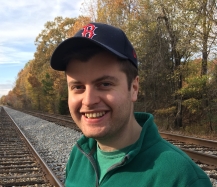 Jon Ashley is a second year Master of Divinity student on the pastoral ministry track. He is originally from the UK but came to Boston via Texas, from where his lovely wife, Michelle, hails. After a decade of working in youth ministry, he hopes to become and ordained elder in the United Methodist Church. Jon also loves Premier League football (soccer), baking bread, and pretending that The West Wing is, in fact, reality. You can find Jon on Twitter at @jonashley87.

Why are we producing a podcast? We wanted a place that we can continue the conversations that are started on the Prophet blog, and we thought a podcast was the platform to do that!